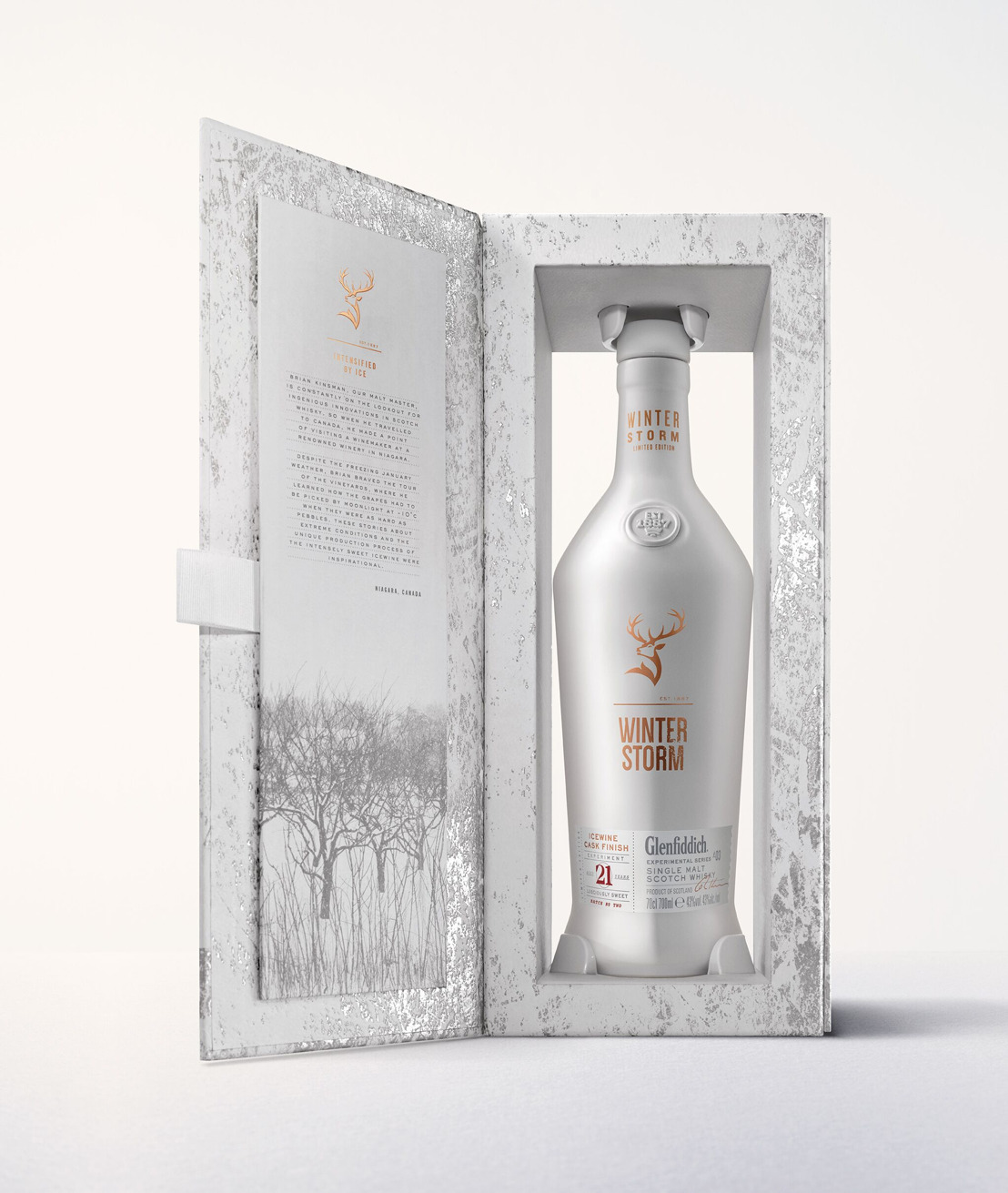 Tuesday, April 23, 2019 — TORONTO, ON: Winter may seem in the rearview mirror for most Canadians this April, but residents of B.C. and Alberta will have the opportunity to delve right back into the eye of the storm.

Glenfiddich Winter Storm, one of the innovative expressions from the Glenfiddich Experimental Series, will return to select Alberta and B.C. stores for an exclusive release, giving Western Canada the opportunity to experience one of the world’s most inventive whiskies.

One of the first female brand ambassadors for a scotch whisky across the globe, Havers is no stranger to whisky innovation. As a celebrated trailblazer and winner of the Icon of Whisky Rest of World 2016 Scotch Whisky Brand Ambassador of the Year Award, Havers has been integral to the visibility of women in whisky, curating Toronto’s first all women whisky club, aptly titled Women & Whisky.  Havers also helped conceptualize the partnership between Glenfiddich and Craig McDonald from Peller Estates for the ice barrels for Glenfiddich Winter Storm.